The Swans head to London!

The Swans head to London!

November was certainly a month to remember at the nest! We were up for 2 awards (read all about the Norfolk Business Awards here) one of which was the British Chambers of Commerce National ‘Workplace Wellbeing’ Award. We had already won the regional category earlier in the month, so it was a dream come true to be through to the national finals. 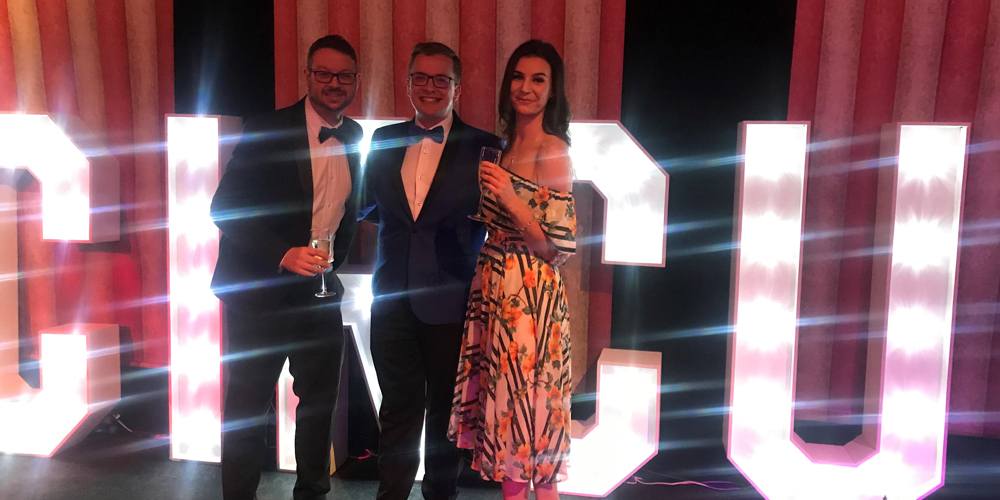 On Thursday the 28th November James, Alex and I hopped on a train down to the ‘big smoke’ for a networking lunch, held near the Tower of London (very fancy!), hosted by the British Chambers of Commerce and Facebook. It was a fantastic opportunity to meet fellow finalists before the awards ceremony and find out a little bit more about each other. Everyone enjoyed a yummy lunch and then some light networking before heading off to get ready for the big event. 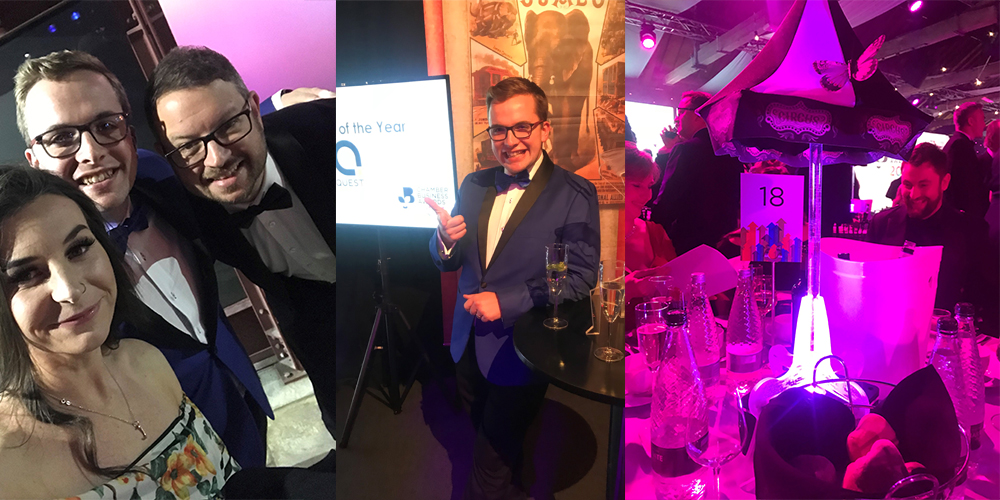 The awards evening was held at the spectacular Tobacco Docks, in Wapping. For those who haven’t been before it’s an incredible venue and the team organising the event completely transformed it into a circus themed paradise.

After a glass of bubbles (or two) we headed into the main room for a tasty three course dinner, before the ceremony started. We were lucky enough to be seated on the same table as Mr Chris Sargisson, from the Norfolk Chamber, and Matt Legon from GNAW chocolate – who were also up for an award, ‘Export Business of the Year’. 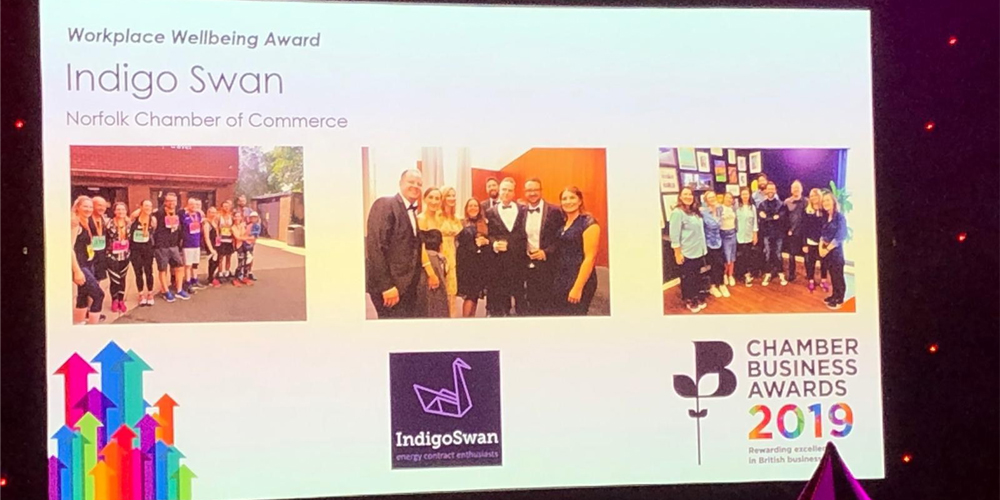 Waiting for us at our table was a pair of drumsticks each which we were encouraged to use to create an amazing drumroll when each of the finalists were announced, a really nice touch! The noise in the room was indescribable and it really added to the already fantastic atmosphere.

To be a finalist in a national category for ‘wellbeing’ was a dream come true and we certainly spent the evening on cloud 9. Some of the people we spoke to on the night were part of much larger companies, we even met someone from a company who employed 45,000 employees, so to be a team of 21 swans and be recognised on a national level was a whole new feeling!

When Indigo Swan was read out as runners up for the ‘Workplace Wellbeing’ all different kinds of emotions flooded over me, mainly pride, happiness and love for each and every Swan. Such an amazing achievement and it really does mean so much to each of us. Our certificate is sitting proudly back at the nest. 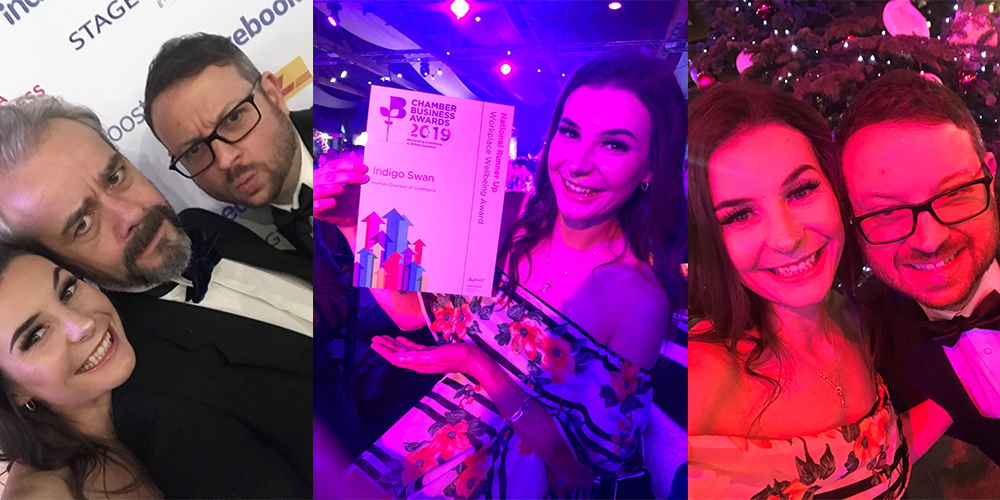 Huge congratulations to the winners of our category Bishop Fleming LLP, from the Herefordshire and Worcestershire Chamber of Commerce and all the other winners and runners up on the night. It really was an unforgettable night and it was so nice to share it with so many amazing businesses doing great things.

Big thank you to the British Chambers of Commerce for organising and hosting such a spectacular event, it’s a night we will always remember!