COVID-19 and its impact on the energy market

COVID-19 and its impact on the energy market

On Thursday 26th March, Energy Live News were meant to be holding a conference in the function rooms of the Etihad Stadium, Manchester which I was meant to attend along with 2,000 other delegates, and pick up my blues supporter father a Man City t-shirt to commemorate my visit. However, plans for everyone were scuppered following the national lockdown due to COVID-19, so instead I settled down at my laptop with a cup of tea to watch the webinars being held instead.

I am very grateful to ELN to continue with the webinars and share some interesting information for both suppliers and brokers alike, whilst ensuring their delegates were safe at home during this crisis.

James has asked me to share some key learnings I have taken from these webinars to share with our customers and see how COVID-19 is impacting the energy market. 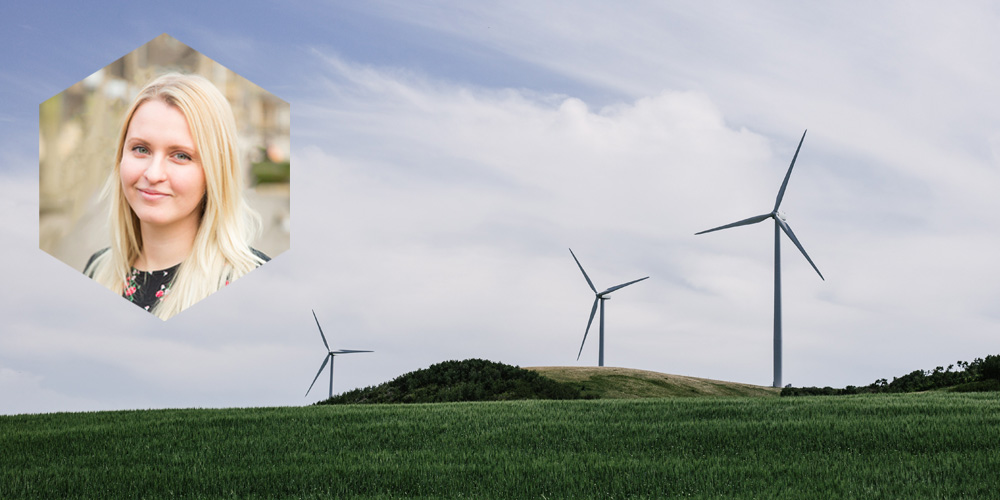 The webinars very much had a theme of past, present and future trends for oil, gas and power. The past is interesting because it should give us indications of what to expect in these current times, but if anything, it has shown how different these markets now are, and that the future is impossible to predict.

How do events affect pricing into the future?

When we lost Rough Gas Storage in 2017, winter pricing became more expensive because we had less gas storage to rely on. More demand than supply inevitably causes prices to increase. After Beast from the East in March 2018, Winter 18/19 became even more expensive, W19/20 a little more expensive, and W20/21 and W21/11 not being so affected.

Iran sanctions in October 2018 caused prices to surge upwards, but cost premiums were in near term contracts reflecting the UK’s lack of gas storage availability and LNG shipments still going to Asia where the price was higher.

Once LNG shipments started coming to the UK, tempted by our higher prices, March 2019 saw the prices completely crash out, but prices were still more expensive than during 2017. This downward trend continued throughout 2019 with a continued oversupplied market. Between 2018 to 2019, global LNG supply capacity increased by 50bcm (billion cubic meters). Between 2019 to 2020, global LNG supply capacity increased a further 35bcm. To give you an idea of the scale of this, the UK annual gas demand is 70bcm.

In January 2020, the Ukraine & Russia trade deal was confirmed, we were in the midst of a very mild winter (1.5⁰C above seasonal norm) and a continued oversupplied market with lots of LNG, has a continued downward pressure on near term pricing, and is bringing prices down for the next two winters.

COVID-19 and the current market

From beginning of this year, price for oil has crashed by 62% or $41/bbl (dollars per barrel). One of the main drivers will be COVID-19 causing demand reduction in industry in China and further afield. The demand forecast for oil has reduced by a third since the beginning of the year, and yesterday, Vitol Group announced oil demand could be reduced by 15-20mbd (million barrels per day).

The other factor causing oil prices to fall is the current OPEC price war. OPEC have been cutting oil production for a while now in order to prop up the oil price and make it sustainable for everyone to continue to produce. Saudi Arabia recently proposed a further cut to production, but other members have disagreed causing a fall out between countries and Saudi Arabia and Russia vowing to max produce in order to win share of the market again. More oil becoming available when demand is low will mean prices will continue to fall in the short term.

Gas prices have been following oil pricing drops and have steadily been coming down since the beginning of the year. Plentiful LNG shipments remain the key drivers in this and an oversupplied market means prices are better for customers looking at all 2020 contracts. Fundamentals to the good price for gas are a mixture of having mild winter weather, record LNG supplies and a low reliance on European storage, which is a factor of the first two points.

Over the last 3 years; Beast from the East caused storage to drop to lowest point and have Europe have spent the last 3 years increasing storage levels back to what they needed to be. We have reached the maximum storage levels, but as Europe still have lots of LNG coming in there is a reduction in our need to rely on storage. The price of gas increases when there is an undersupplied market, a reliance on storage, and then the need to have storage levels topped up over summer when demand is typically lower.

The other element affecting electricity pricing currently, is the reliance on renewable energy for generation. Currently the UK electricity demand is 60GW. Typical daily demand is between 35-40GW. UK have a renewable capacity of 46.9GW but renewables can be unreliable so this capacity changes all the time.

An example of when we have seen this being an issue was at the beginning of March when the system balancing price spiked mid-afternoon to 2,242 £/MWh. This was recorded as the highest it had ever gone. The reason for the spike was because of a sudden drop off in renewables that the grid couldn’t quickly respond to, hence the spike in price.

We could start seeing more events like this as we move generation to more unreliable sources and increase our electricity usage to replace the gas the UK are trying to reduce. Wind and solar production increases will see 76% of power output to the grid will be non-dispatchable (i.e. cannot be controlled by operators, non-reliable sources) by 2050.

And with electricity demand increasing by 72% by 2050, the UK power market have to start putting more complex schemes and plans in place to ensure continuity of supply and make sure the lights stay on.

COVID-19 impact and the global commodities demand destruction are likely to remain the key driving forces to market pricing. COVID-19 has had Europe see a 15% drop in electricity demand. UK gas demand is already 15% lower than the average since the start of this week.

Oil prices could remain subdued, even after the crisis, so consumers need to keep an eye on OPEC talks in the future and if countries start co-operating and cut production, forcing prices to increase.

A sustained low oil price could push up USA LNG costs if bankruptcy forces the shutdown of oil production. This is because 20% of LNG is produced as a bi-product of oil drilling. Because of the healthy capacity of LNG, and threats to supply could have serious knock-on affects with the gas price.

The current comfortable European gas market with strong LNG imports and high storage levels will keep pressure on prices for now, however, uncertainty remains how the market will react in a new low-price world. April 20 starting contract have broken below 20p/th but at what price level do we start seeing a reduction in shipping to the UK as it is not financially beneficial to sell to the UK anymore.

Finally, there were talks about another review going through OFGEM at present – Network Access and Forward-Looking Charges.

Network access is the right an individual has to access electricity network or connection capacity How do we define the access and introduce time profiling? Reducing network peaks and enabling DNOs not to invest as much money into developing the network as they have more consumer demand control. Less investment = less charge to the consumer.

Forward looking charges are charges which consumers can control by changing their usage e.g. red, amber, green. OFGEM want to move consumers to more cost reflective such as time profiling and influencing how much power people use during the day. OFGEM want to introduce dynamic charging (every half hourly charges that change) which will be based on volume, trading season and time of day influenced.

The review was meant to be in September, but this may be pushed back due to current situation, however Ofgem are claiming this is still on track. Any changes can’t be implemented straight away due to changes the network would have to make but looking at 2023 for implementation.

If you have contracts ending in 2020, there may be some benefit in getting your Energy Contract Enthusiast to have a look and see if it is worth reviewing early. Current conditions have meant some suppliers either not taking on new supplies anymore, or not being able to offer contracts past 3 months. If you speak to your Energy Contract Enthusiast though, they can give you guidance on what might be the best thing to do in this climate, and to take advantage of the current low-price world we find ourselves quite unexpectedly in.