Each month we’re taking some time to get to know one of the amazing swans a little better, as part of our ‘Meet the Swan’ series. You can tune into our monthly podcast ‘What’s Going Swan’ to find out more about each of the Swans. November see’s the turn of James Groves, or Jimbo as he is known around the nest, Managing Director and wrestling fanatic!

Since he was 6 years old James has been an avid fan of wrestling. In his words “For 30 years it has been on every week, during the good times and the bad, it has never let me down and always been there – it’s never been cancelled!” It’s easy to spot his piece of art on the Swan wall. 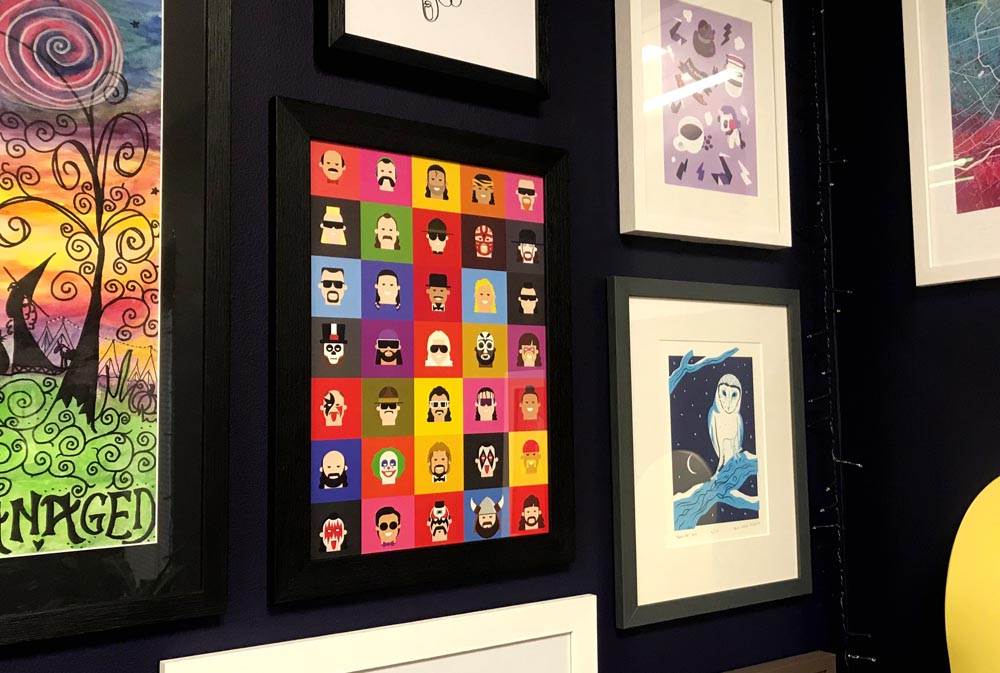 One thing you may have noticed about James is it’s very rare to see him without a coffee in his hand. Be it first thing in the morning or an espresso martini in the evening – it seems to be his tipple of choice whatever the time of day! 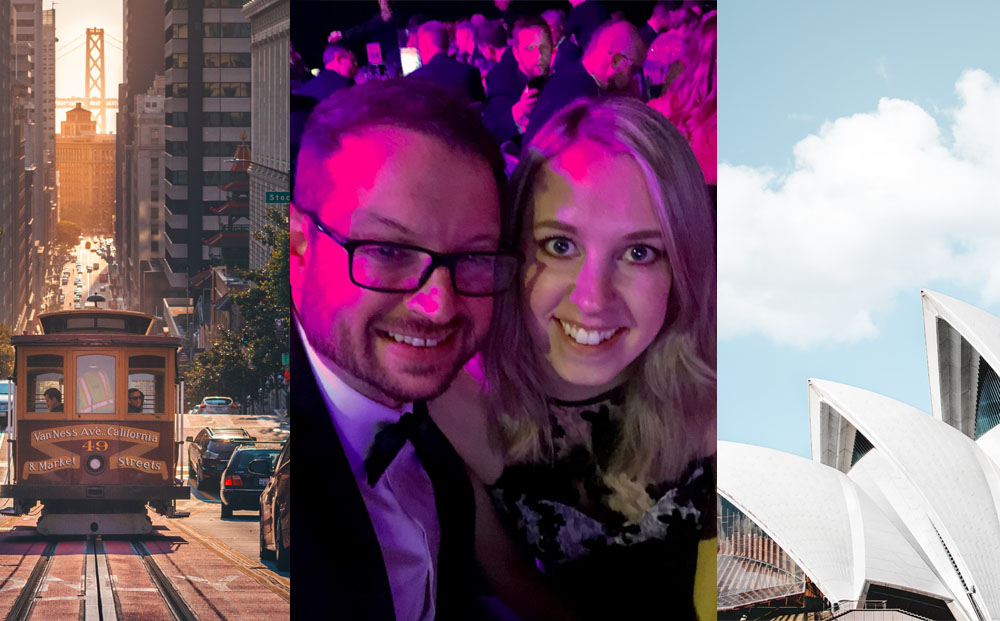 Since meeting his wife, Harriet, James has stepped outside of his comfort zone and travelled to lots of new places– something she has encouraged him to do and something he is very thankful for. When I asked him where the best place he has been on holiday is he couldn’t pick just one and settled for Sydney and San Francisco. Both have everything he looks for in a city – water, greenery, beautiful landscapes, structures and parks – being fab places for beer was an additional bonus.

Talking about beer, this alongside fish finger sandwiches are just two of the things James and I have in common. Recently we were lucky enough to visit Redwell Brewery together to record the latest episode of our podcast, where we sampled a few of their tasty beverages. We’ve also managed to work a pint into our weekly running club on a Wednesday ‘Ron’s Runners’. After a brisk 5k route we reward ourselves with a drink in the local – because life is all about balance, right?! 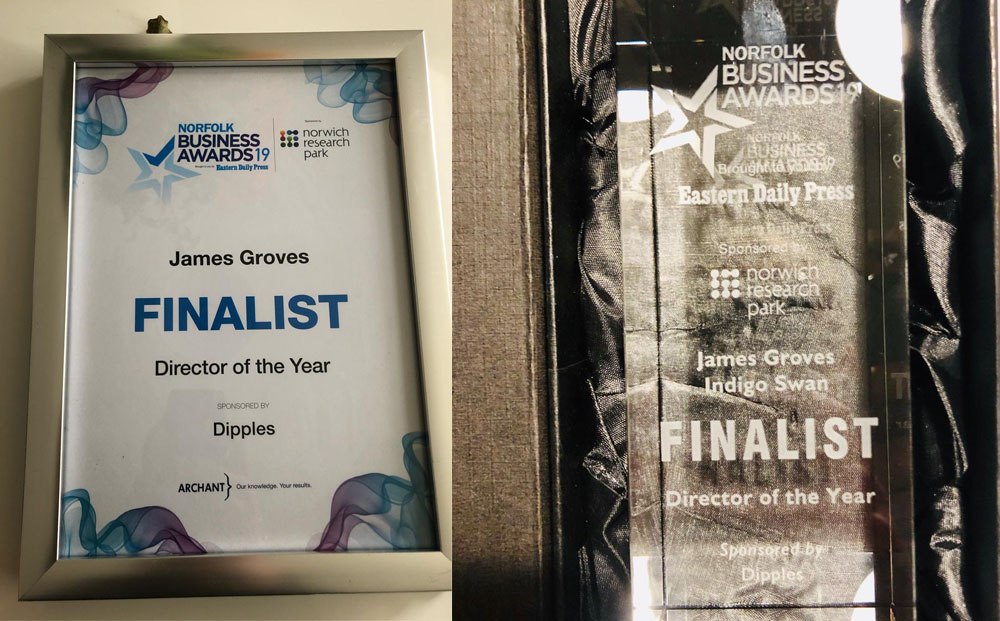 Some of you may have seen this already but for those who haven’t James was recently a finalist in the ‘Director of the Year’ category at the Norfolk Business Awards. I attended the ceremony with James alongside a few of the other swans, you can read all about it here, and although he didn’t win James has so much to be proud of. Even being a finalist in this category is such an amazing achievement, and of course he is always a winner in our eyes!

James has helped lead Indigo Swan through some fantastic triumphs this year including being crowned ‘Best Small and Medium Business’ at the Norfolk Business Awards for the second year in a row and ‘Most Trusted Consultancy’ at the TELCA awards. We’ve had a record year at the nest in more ways than one and we wouldn’t be where we are today without him.

When I asked him what he enjoyed most about working at Indigo Swan he replied “The Swans and seeing them develop in their roles and grow as people. I love coming to work every day, I never dread it and that is a testament to the awesome team we have. We are colleagues, friends and a family and I wouldn’t have it any other way.”

Now I am a bit of a book worm, so I’m always interested in seeing what others are spending their time reading, hoping for a good recommendation. James is currently reading ‘Sneaker Wars’ which is a book about the relationship and rivalry between the two brothers who founded Adidas and Puma. It covers business, family relationships and the need to stand alone from time to time. I’m going to see if I can borrow it from him when it’s finished! I can see an Indigo Swan book club forming here… 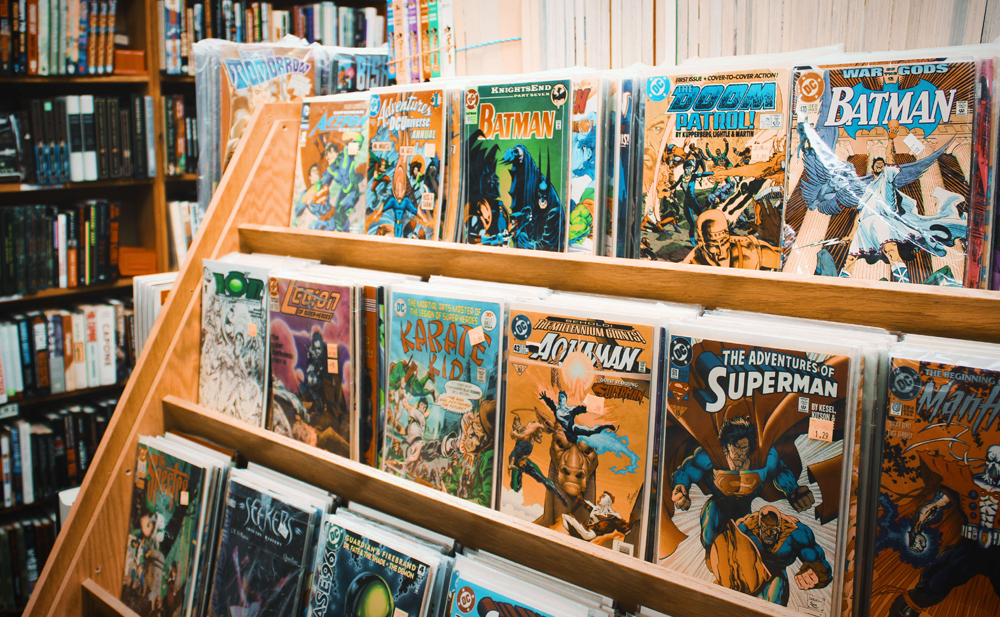 To finish, I always think you can tell a lot about a person by the superpower they would choose. When I asked James, he responded “To be quick like a flash. The only thing that makes me anxious is time and being late. I am always the early one, the first person to turn up. With the speed, I could stay in bed a little longer or leave the house a little later and never worry about missing a train as I would just run to where I was going!”. For me I think this shows James’ determination and ambition. One of our values at Indigo Swan is that ‘we have an unflinching commitment to finding a better way’, something of which James is certainly an advocate of!

So there you go, a little bit more about our amazing MD James Groves! Hope you enjoyed reading it.

This website uses cookies to improve your experience while you navigate through the website. Out of these, the cookies that are categorized as necessary are stored on your browser as they are essential for the working of basic functionalities of the website. We also use third-party cookies that help us analyze and understand how you use this website. These cookies will be stored in your browser only with your consent. You also have the option to opt-out of these cookies. But opting out of some of these cookies may affect your browsing experience.
Necessary Always Enabled
Necessary cookies are absolutely essential for the website to function properly. This category only includes cookies that ensures basic functionalities and security features of the website. These cookies do not store any personal information.
Non-necessary
Any cookies that may not be particularly necessary for the website to function and is used specifically to collect user personal data via analytics, ads, other embedded contents are termed as non-necessary cookies. It is mandatory to procure user consent prior to running these cookies on your website.
SAVE & ACCEPT
Watch free videos fron this websites https://xnxxyouporn.com, https://xnxx1xvideo.com, https://xarabax.com, https://pornofilmexxx.net, https://filmexxxgratis.com, https://okporn.live, everything is cool and free there!