In conversation with Charlie Hodson

In conversation with Charlie Hodson

Mental Health Awareness Week started on Monday and the focus this year is ‘Body image – how we think and feel about our bodies’. From relationships to social media and advertising, modern day life is full of things which can have an impact on our perception of ourselves and having a negative body image can affect us in different ways including low self-esteem, isolation and general poor mental wellbeing. 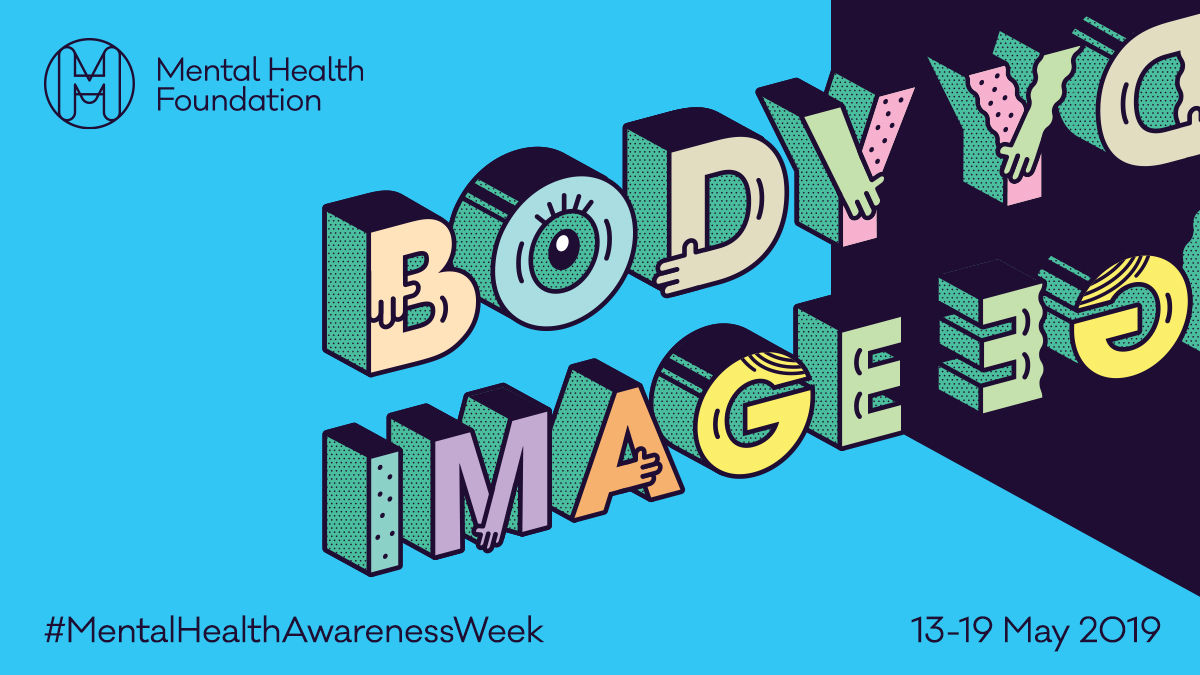 According to some recent research by the Mental Health Foundation, one in five adults felt shame over their body image last year and just over one third felt down or low. Their research also revealed that 40% of teenagers said images on social media caused them to worry about their body image.

Social media has drastically changed the way we communicate with one another in recent years and can be used as a powerful tool to get our voices heard. Although it has its many benefits it can also be argued that using social media platforms too frequently can have a negative impact on our mental health. Currently there is no direct link between the two, but some studies have found a correlation and it’s an area we are seeing more research into.

As someone who works in marketing and a lover of all things digital, social media is a big part of my life – both inside and outside of work. I’ve seen it motivate people to take action as well bring people together to voice concerns. Drawing from my own experiences I’ve also been exposed to the adverse ramifications and at times have allowed something I have seen on social media affect my own body image and in turn my mental health. Recently I’ve set myself a ‘phone ban’ and don’t use it at all after 9.30pm. I found myself scrolling through my news feed well into the night not really looking for or at anything. I originally put the ban in place to reduce the amount of time I was spending on social media and in a hope to help me focus on other things, like reading a book instead but by giving my brain some time to switch off in the evenings I’m also sleeping better and generally feeling much better for it which is a bonus! With all this in mind I think it’s important to remember that social media affects everyone differently and what works for one, may not be the same for someone else. 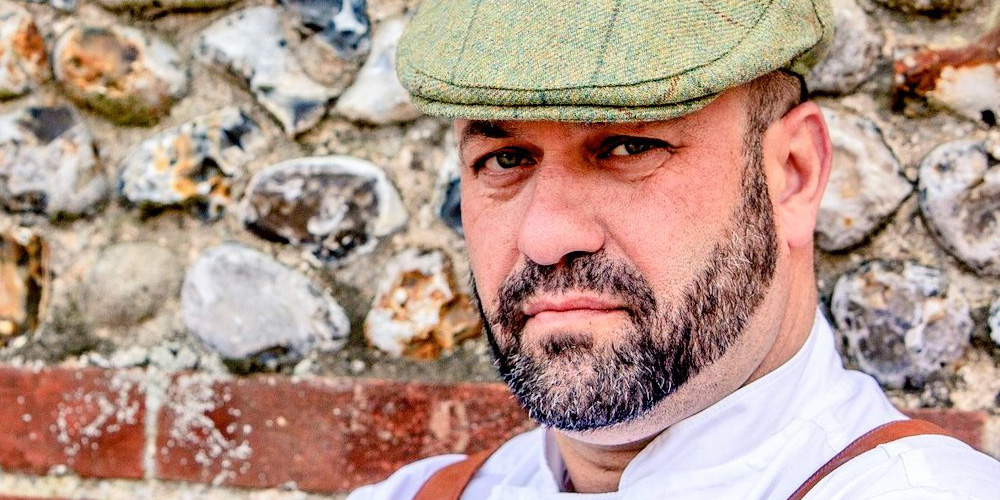 Recently I sat down with Charlie Hodson, local chef and Mental Health Ambassador, to get his opinion on how he thinks social media can have an impact on our mental health, he said: “Social media is like a double-edged sword. It’s a great tool for getting your story out there honestly but nowadays you always seem to get the trolls who just rip you apart for doing so”. This formed the greatest part of our discussion and we seemed to circle back to this point many times. We agreed that although it’s very difficult to ignore the negative comments there’s also so much good that social media can bring, it’s just about using it in the right way.

Charlie has been in the limelight in the past and featured on programmes such as Sunday Brunch. In more recent times he has become well known for his open approach to his own struggles with mental health. We had an interesting chat and one of the things that certainly stood out to me was his passion and enthusiasm for the food industry and his desire to inspire the new era of culinary professionals. “A lot of kids join our industry because they are great with their hands and because they are practical rather than academic. So many of them have amazing palettes and extraordinary passion, it’s great to be a part of their journey” Charlie added.

We discussed how social media can be used as a great tool to attract new chefs and how especially in the younger generation it’s becoming the preferred way of communicating. We also touched on how it can have a negative impact and the potential damage it can cause to chefs who are just starting out. Charlie explained: “You finish your first 60-hour shift and the chef congratulates you on an excellent job, which is a great feeling. You go home and look through your news feeds and notice someone complaining about the fish they had eaten that night in a restaurant and realise that was your food. It’s natural to take that to heart, to doubt yourself, to worry if anyone else has seen that comment and what will happen to you when your boss finds out.” I realised later in the day when scrolling through Instagram that the majority of updates from people I follow are about the food and drink industry. Whether that’s a restaurant using it to promote themselves or someone I know commenting on something they have eaten or indeed made themselves. It rang true how incredibly difficult it must be as chef to have your hard work criticised in such a public domain.

Charlie mentioned how things were different when he was first starting out and that things have changed drastically: “Nowadays everything is so fast paced. We all move at 100mph and take to social media to voice our instant reactions rather than taking a moment to think about it and how what we are just about to say might affect someone else.” He added: “In the past I’ve been out for food and it hasn’t been up to the quality or standard I would expect from that particular restaurant, but I would never dream of taking to social media to voice my concerns. I have called them up the next day or occasionally sent them a direct message, but nothing that is in the public eye. Once it is out there it’s hard to take it back.” 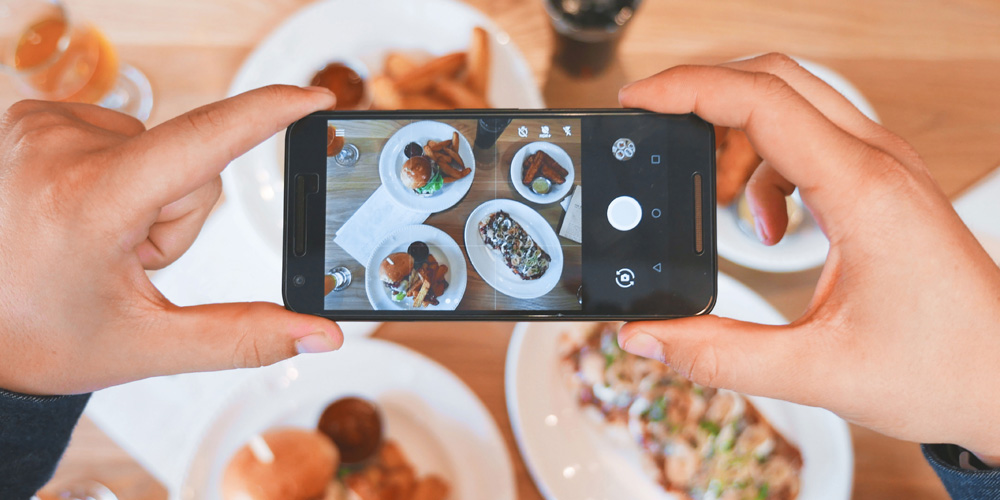 I found it interesting listening to Charlie’s view on how we should deal with a poor dining experience and how we should be giving each other constructive criticism offline rather than venting on social media. He continued: “I’m quite well known for standing up to TripAdvisor and people who just troll it. Half the time the people who are writing the negative comments have never actually been to the restaurant, they haven’t eaten the food or experienced the service, but they can sit on TripAdvisor and write the most harmful words that can destroy a restaurant.” I put my hands up to judging a restaurant by the reviews I’ve seen before visiting it myself. Perhaps in the future I need to be more aware of making my own mind up and considering the environment or situation that those reviews were written in. It may have been an off day in the kitchen or the person writing the review might have different expectations to my own. Eating out is a very personal experience, we aren’t all going to see eye to eye about everything.

To finish Charlie shared some advice with me which really stuck: “You can’t knock people down without picking them up again.” Personally, I think this is something we should all take away and consider next time anyone is thinking of putting a negative comment online about anything. What is it going to achieve? Who is it going to benefit? How is it going to impact the person it is about? Let’s help each other not knock people down, there’s a time and a place for negativity and social media isn’t one of those. Let’s use it to help others, spread kind messages and inspire others!