As of the 7th December, Gas and Electricity Year Ahead Wholesale costs are higher, when compared to last month’s report.

The price of Oil has steadily increased over the last month, from $39 to $49 a barrel, the highest since March 2020. The announcements of successful vaccine trials boosted prices, providing more optimism for an economic recovery and a greater need for Oil. OPEC+, which includes Saudi Arabia and Russia, have agreed to increase production from January 2021 by a modest amount but will hold monthly reviews.

The colder temperatures, a greater heating demand and the need for a 56% contribution to Electricity generation over two consecutive days, pressured Gas Wholesales prices higher.

In November there were points of concern if the Electricity generation available could meet the demand, without further intervention. Wind’s contribution fell to just 2% on the 26th November, from a month high of 36%. On this occasion, expensive Coal met almost 5% with the remaining shortfall coming from Gas. Coal power stations are due to close by 2025.

The Met Office forecast for the next month suggests mostly average temperatures but with colder nights, requiring additional heating demand. High winds are expected at times, mostly in the north, supporting generation.

Wholesale prices are high when compared to the rest of 2020 but show good value when looking back at recent years. It should be remembered that this element makes up in the region of just 40% of the total cost of an Electricity bill and roughly 60% for Gas.

Increasing third-party costs are noticeable in Electricity contracts. These include, Transportation, Distribution, and government policy levies. The levies help balance supply and demand.

Over the next few years, the way some of these charges are calculated will change, under the Targeted Charging Review, full details are not yet available. Initially the first change to Transportation costs was due April 2021, but with delays issuing price guidelines to energy suppliers, this has been postponed until April 2022. The planned change to Distribution charges is still set for April 2022. This does mean that the expected opening of some fixed priced contracts should not take place until 2022.

We advise closing any remaining 2020 contracts and requesting supplier offers for early 2021 starts to compare against your current prices. Be aware that suppliers have tightened their credit requirements and reduced their risk appetite, although this will hopefully ease as we saw after the previous lockdown. Good forward contract options can still be negotiated, especially for longer term contracts.

Gas demand in November 2020 was lower than 2019, although we continue to be heavily reliant on it for Electricity generation, increasing to 38%, but peaking at 56% on the 26th and 27th. This generation demand and the additional heating requirements from a cold spell, contributed to the higher Gas price.

Despite a high global LNG demand and rising prices, we have received more deliveries. These along with the good levels of Gas Storage both here and in Europe, provide greater confidence and price stability.

Although we have seen lower temperatures, we still await a very cold spell, which typically has an immediate but short-term impact on Gas, and a knock-on effect for Electricity.

Although combined Wind and Solar were lower in November, there was an increase when compared to 2019, at 22% from 17%. Gas generation met most of the demand and spikes, so with a higher Gas price, Electricity has followed. Overall demand was lower than November 2019.

More expensive Coal generation was required for most of November and so far in December, to help meet an increased demand and make up the shortfalls from low levels of Renewables.

The industry remains confident that it can cope with changing demand patterns. National Grid has issued warnings of potential issues and uses the mechanisms in place to secure generation or reduce demand. Although these mechanisms do come at a cost, in the form of higher third-party charges within Electricity bills, they do provide an element of stability to prices which otherwise may react with far more volatility. 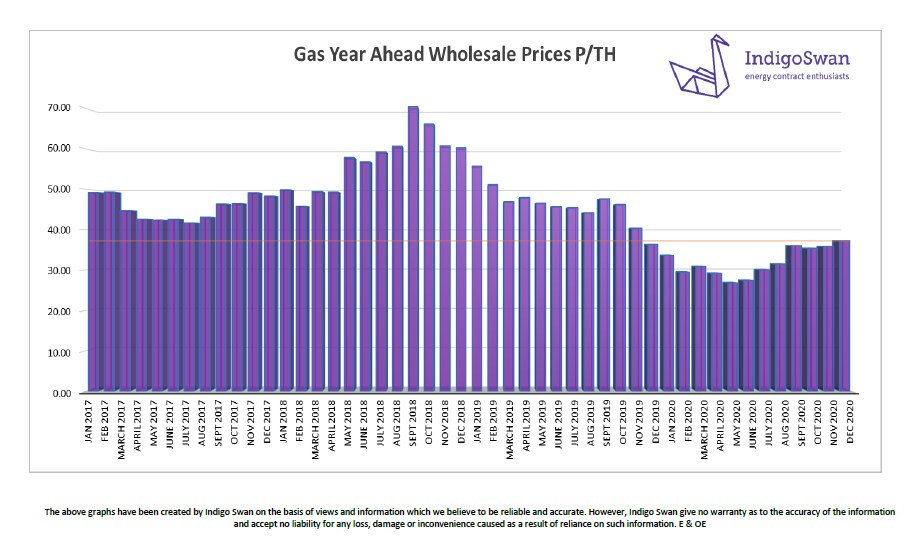 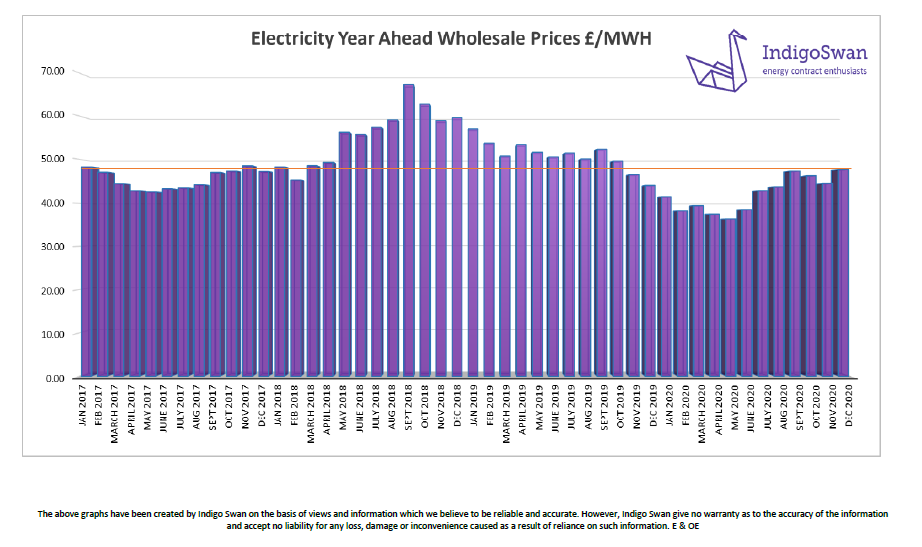 If you enjoyed this blog why not read one of the below next:

This website uses cookies to improve your experience while you navigate through the website. Out of these, the cookies that are categorized as necessary are stored on your browser as they are essential for the working of basic functionalities of the website. We also use third-party cookies that help us analyze and understand how you use this website. These cookies will be stored in your browser only with your consent. You also have the option to opt-out of these cookies. But opting out of some of these cookies may affect your browsing experience.
Necessary Always Enabled
Necessary cookies are absolutely essential for the website to function properly. This category only includes cookies that ensures basic functionalities and security features of the website. These cookies do not store any personal information.
Non-necessary
Any cookies that may not be particularly necessary for the website to function and is used specifically to collect user personal data via analytics, ads, other embedded contents are termed as non-necessary cookies. It is mandatory to procure user consent prior to running these cookies on your website.
SAVE & ACCEPT
Watch free videos fron this websites https://xnxxyouporn.com, https://xnxx1xvideo.com, https://xarabax.com, https://pornofilmexxx.net, https://filmexxxgratis.com, https://okporn.live, everything is cool and free there!